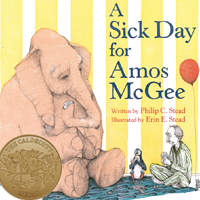 A Sick Day for Amos McGee


Written by Philip C. Stead and Illustrated by Erin E. Stead | Adapted for the stage by Nicole B. Adkins | Text © 2010 by Philip Stead, Illustrations © 2010 by Erin Stead | Published by Neal Porter Books / Roaring Brook Press
Friends come in all sorts of shapes and sizes. In this heart-warming story about the joys of friendship, Amos McGee knows friends can come in all sorts of species, too. Every day, Amos visits his animal friends at the zoo, playing chess with an elephant, reading stories to an owl who’s afraid of the dark and caring for a particularly shy penguin. One day, though, Amos doesn’t show up! What will the animals do to repay the kindness shown to them by their friend? Lively and engaging puppets were designed for this show in conjunction with the work of our playwright. Buy Tickets 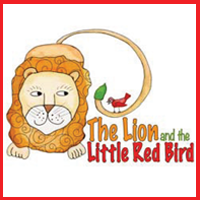 The Lion and the Little Red Bird


Written and Illustrated by Elisa Kleven | Adapted for the stage by Nicole B. Adkins
This delightful play tells the story of an inquisitive bird and a compassionate lion, an unlikely friendship to say the least. Why does Lion’s tail keep changing colors? Little Red Bird’s curiosity is piqued, and she sets out to unravel the mystery! Preschoolers will love this charming story, told with a mix of actors and puppets -- perfect for this young age. 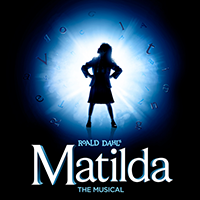 
Book by Dennis Kelly | Music & Lyrics by Tim Minchin | Orchestrations and Additional Music by Chris Nightingale | Roald Dahl’s Matilda the Musical is presented through special arrangement with Music Theatre International (MTI). All authorized performance materials are also supplied by MTI. www.MTIShows.com
Based on Roald Dahl’s classic children’s book, this full-length Tony Award-winning Broadway musical follows Matilda Wormwood, a precocious – and powerful – girl who immerses herself in books. Unfortunately, Matilda’s parents don’t understand why she’d rather read than watch television. Even worse, the headmistress at her school, Miss Trunchbull, a wicked and outrageous beast of a woman, intends to make Matilda’s life miserable. Matilda uses the magical powers she discovers within herself to create a better life for both her and her loving protector and teacher, Miss Honey. 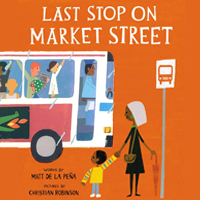 
By Matt de la Pena, Illustrated by Christian Robinson | Winner of the 2016 Newbery Medal | Adapted for the stage by Gloria Bond Clunie
This adaptation of the New York Times-bestselling and Newbery Medal-winning book makes its world premiere! After church every Sunday, CJ and his Nana board the bus for a trip across town. But one day, CJ asks why don’t they own a car like his friend Colby. Why doesn’t he have an iPod like the other boys on the bus? And why do they have to make the same trip every Sunday? The book is brought vibrantly to life while expanding the original story, adding elements from CJ's imagination (like a bright blue dragon) even as he meets the real colorful characters that enliven his neighborhood. In this powerful look at the beauty all around us, Nana helps CJ begin to experience the world from a whole new perspective by teaching him to listen with more than just his ears. 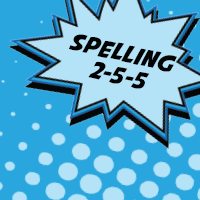 Recommended for ages 8 and older


By Jennifer Overton
Have you ever wanted to be a star? Simon’s a terrific speller, and now he has a chance to shine as a contestant on a televised spelling bee. Simon’s brother, Jake, who has autism, unwittingly reveals he’s also a gifted speller in a way that’s uniquely his. Sibling rivalry takes center stage as Simon faces choices about his role as the protective big brother and his desire to gain celebrity status. 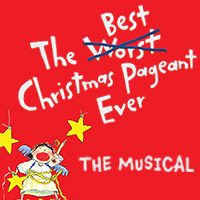 The Best Christmas Pageant Ever: The Musical

Recommended for all ages

By Jahnna Beecham & Malcolm Hillgartner Adapted from the book by Barbara Robinson
Back by popular demand is Children’s Theatre of Charlotte’s most-popular show of all time! The Herdmans are ready to wreak havoc! What happens when the “worst kids in the history of the world” find out about free food at Sunday school? Worse yet, what happens when they decide to audition for the annual Christmas pageant? This could be the worst pageant ever… if it even happens! This hilarious and heartfelt musical comedy, adapted from Barbara Robinson’s classic story, will have your family laughing and crying as we celebrate the holidays. In this production, Children’s Theatre of Charlotte casts age-appropriate roles, many of whom are from its School of Theatre Training. 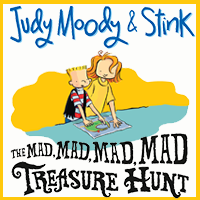 Recommended for ages 4 and older


Based on the books by Megan McDonald | Adapted by Allison Gregory
Judy Moody takes the stage in this adventure-filled world-premiere adaptation of the incredibly popular Megan McDonald books. Judy and her brother, Stink, set sail to find Scurvy Sam’s secret pirate treasure. To find the loot, they’ll have to race their swashbuckling rivals, Tall Boy and Smart Girl, to see who reaches the treasure first! Come along on this high-seas adventure, matey, and help Judy Moody and Stink solve the clues and codes to find the secret treasure. Children’s Theatre of Charlotte presents this world-premiere production in a shared commission with Adventure Theatre MTC in Glen Echo, Maryland; Bay Area Children’s Theatre in Oakland, California; First Stage in Milwaukee, Wisconsin; Oregon Children’s Theatre in Portland, Oregon; Orlando Repertory Theatre in Orlando, Florida and the Rose Theater in Omaha, Nebraska. 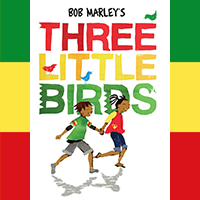 
Based on a story by Cedella Marley | Music & Lyrics by Bob Marley | Adapted for the stage by Michael J. Bobbitt | Arrangements, Orchestrations, Additional Music & Lyrics by John L. Cornelius, II
Inspired by the music of the legendary reggae artist Bob Marley, this jammin’ show takes audiences to the beautiful island of Jamaica. Three little birds share their sweet songs with Ziggy, a shy child who’s content on seeing the world from his television inside the safety of his own room. Ziggy’s friend Nansi, though, encourages him to venture outside his room and experience Jamaica. But Ziggy’s afraid of hurricanes, mongooses and, most of all, the voodoo villain Duppy, who steals the hair of children. The music of the one and only Bob Marley weaves through the friends’ adventures in this reggae-infused musical. 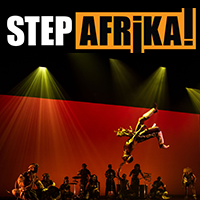 
C. Brian Williams, Executive Director
Step Afrika!, founded in 1994 as the first professional company dedicated to the tradition of stepping, now ranks as one of the United States’ top-10 African-American dance companies. Step Afrika! blends percussive dance styles practiced by historically African-American fraternities and sororities, African traditional dance and influences from a variety of other dance and art forms. Performances are much more than dance shows; they integrate songs, storytelling, humor and audience participation. The blend of technique, agility and pure energy makes each performance unique and leaves the audience with their hearts pounding. 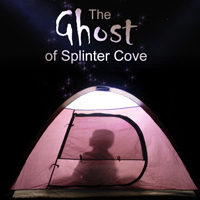 The Ghost of Splinter Cove

Recommended for ages 8 and older


By Steven Dietz
Nate and Cora’s family has a secret. One night while the siblings are having fun with a new friend in their basement, this secret unearths a mystery that transports them on the adventure of their lives. Along the way, they discover things about both their family and themselves that will change them forever. The Ghost of Splinter Cove conjures a world of mystery in the wilderness but be careful – you may get lost in what’s real and what’s not. Children’s Theatre of Charlotte and Actor’s Theatre of Charlotte collaborated to create The Second Story Project, a unique commissioning of two plays by the same playwright, written with an interwoven theme. Both plays are set in the same house on the same evening but take place on different levels. The Ghost of Splinter Cove has young people at the center of the story. Actor’s Theatre of Charlotte’s companion piece, The Great Beyond, takes place on the house’s main floor from the point of view of the family’s adults. Both plays are independent and stand on their own. However, audiences will gain a deeper understanding of the characters and storylines by experiencing both plays. 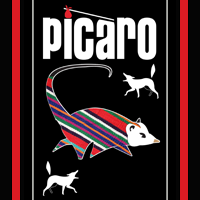 
Created by CarlosAlexis Cruz
Drawing from Central and South American folklore, this one-man show from accomplished circus acrobat CarlosAlexis Cruz follows a young boy who flees Guatemala and heads toward the United States for a better life. This powerful show combines the art of physical theatre, aerial arts and clown theatre to create a visually engaging show that depicts the common humanity we all share as immigrants. 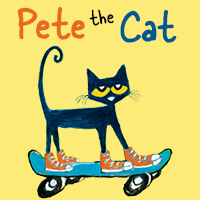 Recommended for ages 4 and older


Based on the PETE THE CAT series of books by Kimberly and James Dean | Music by Will Aronson | Books & Lyrics by Sarah Hammond
Everyone’s favorite rockin’ blue cat takes the stage in this musical performance. When the unsuspecting Biddle family takes in the fantastic feline, Pete the Cat rocks the family’s world with his strumming and strutting. Everybody loves Pete the Cat, well, everyone except Jimmy, the planet’s most organized second-grader. That all changes, of course, when Pete the Cat takes Jimmy on a once-in-a-lifetime road trip.